Mumbai: Among the most comforting developments since the steady rise of the Hindu right in the last few years has been the sprouting of non-political organisations and NGOs floated by a resurgent saffron brotherhood to foster, nurture, defend, and propagate Hindu rights and interests at home and across the diaspora.

Indigenous Bharatiya voices repressed and suppressed by decades of Nehruvian propaganda are at last being heard. Mindsets are changing, albeit slowly. But the Deep State is still predominantly peopled by self-loathing Hindus who, consciously or unconsciously, are ever ready to play into the hands of the “Break India” forces. For the first time, they are being singled out, rebuked, cornered, and in some cases, even shamed. A longish battle of minds lies ahead.

Behind the shift in attitudes are bodies like the World Hindu Economic Forum (WHEF), which has been organising annual conferences in cities across the globe since 2012. The motto: Dharmasya moolam arthah (economic prosperity is a strength), an utterance of the Mauryan age seer, Acharya Chanakya. This year’s meet in Mumbai between 27-29 September has the overarching theme: “Prosperous society, Stronger society”. It will be addressed by the chief ministers of Maharashtra, Uttar Pradesh, and Gujarat, apart from Union minister Nitin Gadkari, Assam minister Hemanta Biswa Sarma. Other notable participants include the ubiquitous Subramaniam Swamy, and the learned Professor R. Vaidyanathan apart from a clutch of CEOs and corporates.

WHEF founder Swami Vigyanananda (55) says the Hindu worldview of looking askance at materialism and downplaying the importance of money (or filthy lucre) is partly responsible for the lack of muscle as a community. Much of the blame for this lopsided view of life lies with our acharyas and gurus whose principal mission has been to promote yoga and meditation the world over, which in itself is a wonderful thing. Their untiring efforts have brought yoga the recognition of the United Nations. Every year, 21 June is celebrated as the World Yoga Day.

But there is a downside to the story.

The swami, who is currently the global joint general secretary of the Vishwa Hindu Parishad (VHP), and a veteran RSS pracharak, argues that a flawlessly executed headstand (sheersh asana) and the most intricate body contortions may keep a person’s innards in fine fettle, but the moment you dismount and untangle yourself, the harsh and bitter realities of life stare you in the face. Dealing with the divide is not easy. Hence, the urgent need to master the art of practical living. Attaining basic material comfort is a necessary precursor to the search for the ever-elusive mind-body balance.

Barring the growing community of nouveau-riche American Indians, the swami rues, Hindus remain the least prosperous compared to Jews, Chinese, and Muslims living in south-east Asia and West Asia. All three communities have their own economic forums. Ironically enough, it was a Kuala Lumpur based Hindu professor of Malaysian descent who put together a decade ago the concept of an Islamic forum at the behest of prime minister Mahathir Mohammad. But the idea of the WHEF had been seeding in his mind since 2000. He began giving it shape around 2007 and got it formally registered three years later.

After graduating from IIT Kharagpur, Swami Vigyanananda says he undertook an eight-year study of Sanskrit texts. The importance of economic betterment has been stressed in Shukracharya’s Shukra Neeti as well as in parts of the Valmiki Ramayana and the Mahabharata. Our ancestors have also expressed their wisdom in the Vedas, “Sat Hasta Samahara, Sahastra Hasta Sankira”, ie. Create wealth with 100 hands and share it with 1000 hands. Research showed that people from this land had enriched the world economy from the first to the fifteenth centuries.

In his book “India In Bondage” author Jabez T Sunderland wrote that India was a greater industrial, manufacturing, and engineering nation than any in Europe or Asia. Its shipbuilding prowess was second to none. Commerce and trade by land and sea extended to every nook and corner of the civilised world. Decline set in with the advent of rapacious Mughal rule followed by the open loot of resources by the British. Reviving the economic self-confidence of Hindus is thus essential to reversing the trend. It cannot be left to the government alone.

The forum, the swami says, has been a facilitator and catalyst which enables Hindus to cooperate and collaborate globally to gain market access across geographic zones and countries. The body has been coordinating efforts to enhance credit availability not only to business, trade and industry but also among budding entrepreneurs through synergies of advanced technologies.

Though Hindus believe in the age-old value of “Vasudhaiv Kutumbakam,” (the world is one family), the periodic economic boom and bust of earlier decades showed that our responses need to be addressed outside institutional frameworks and mindsets. Something which even Lord Krishna implies in the Bhagwad Gita: “Gatasunagatsums cha nanusochanti panditah” (Wise men do not worry about what has gone by and what is going by).

The WHEF approach is based on the foundational wisdom: to think in future for the future. 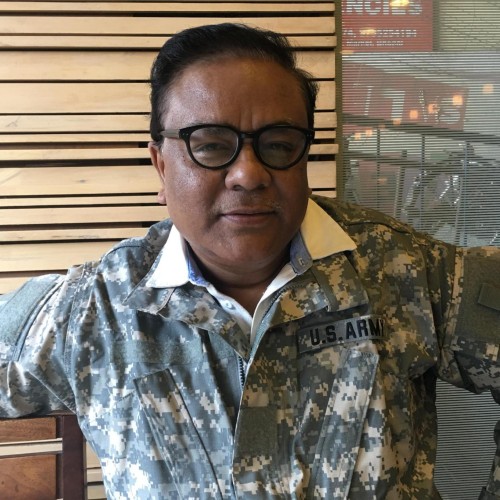 Zakia Jafri, the widow of INC MP Ehsan Jafri, who began her campaign in 2006 aided by Teesta Setalvad, is told her allegations against the PM are baseless

Why Shiv Sena is disintegrating — explained

There are six reasons for the threat of disintegration the Shiv Sena faces: Four of these are shared by the party's rank and file and two are of Eknath Shinde

Kashmiri YouTuber Faisal Wani is among Muslims across the world who kept threatening Nupur Sharma with death and rape, unmoved by her suspension from the BJP

Hindus have supported Sikhs like her, otherwise condemned as radicals, says Kamaldeep Kaur Rajoana, the SAD(B)-BSP candidate and sister of a death row convict

Muslims call for ouster of Hindus from Gulf

'Gulf countries can do more than condemnation, Indian Muslims suffering under fascist regimes, we must stop the anti-Muslim genocide,' a Twitter user wrote

Rajnath Singh, who reached Jammu on the second leg of his two-day tour of Jammu and Kashmir, said no country could progress if its population was divided

Send WhatsApp messages via Android or iPhone without typing: Here’s how