While Hindus obsessed with caste, Owaisi caught the part of Bhagwat’s speech that concerned Muslims

While for two days after the speech by RSS Sarsanghchalak Mohan Bhagwat's speech, a section of Hindus have been howling in protest for his urge to end the caste system, AIMIM chief Asaduddin Owaisi caught the part that should have made the headlines on 7 October. The Hyderabad MP said the RSS chief was worried about India's population but would never speak on the 'fact' that Muslims used condoms the most. "The Muslim population is not at all increasing. Why are you concerned for no reason? The Muslim population is declining," Owaisi said in reply to Mohan Bhagwat's Dusshera speech in which he said community-based population imbalance is an important subject and should not be ignored.

"Alongside the differences in birth rate, conversions by force, lure or greed and infiltration are also big reasons. All these factors have to be mulled over," the RSS chief said without mentioning Muslims while giving examples of partitions of Indonesia, Sudan and Serbia that split when the Muslim population increased beyond a point there, thus raising a chief concern of Hindus. 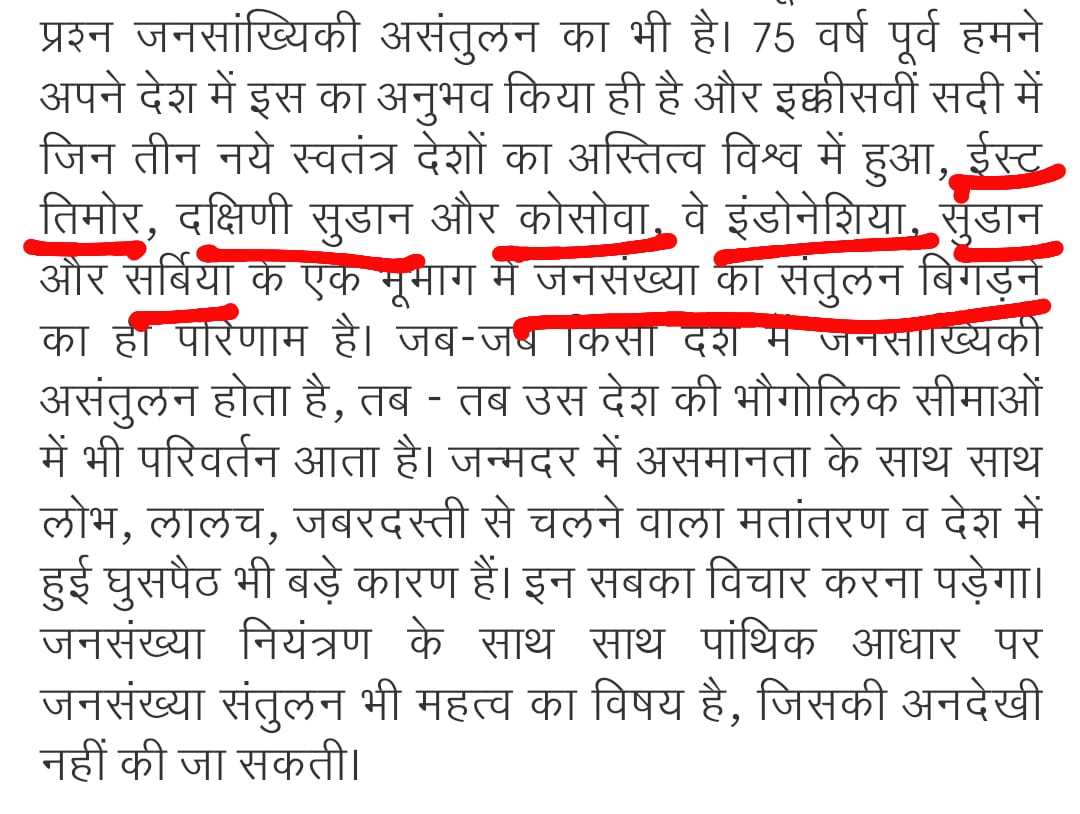 "Please don't take tension. The Muslim population is on the decline. The gap between two children is called spacing. Do you know who is maintaining that the most? The Muslims. Who is using condoms the most? We are doing. But Mogan Bhagwat won't speak on this. I am giving facts. The population is not increasing, Mohan Bhagwat Saab. Please stick to data while sticking," Owaisi said.

"While we are trying to control the population, we should see what happened in China. That country went for the one-child policy and now it is getting older," Owaisi said.

“With 57 crore youth population in India, we will remain a young nation for the next 30 years,” Bhagwat said. “However, what will happen to India after 50 years? Will we have enough food to feed the population?” he asked.

Bhagwat's population control comment drew a sharp reaction from Kerala Chief Minister Pinarayi Vijayan who said that the comments were aimed at fuelling communal polarisation. "RSS Chief’s statement that there is a religion-based imbalance in India’s population is baseless and aimed at fuelling communal polarisation in the country. Secular and democratic forces must expose this vicious move and stand firm against communal bigotry," he said.

Owaisi slammed Mohan Bhagwat's comment and tweeted that if Hindus and Muslims had the "same DNA", there should not be any imbalance. "If Hindus and Muslims have “same DNA” then where’s the imbalance? There’s no need for population control as we’ve already achieved a replacement rate. The worry is an ageing population and unemployed youth who cannot support the elderly. Muslims have the sharpest decline in fertility rate," Owaisi tweeted.

"For Mohan, it is the Annual Day of Dog Whistles and Hate Speech. Fear-mongering over 'population imbalance' has resulted in genocide, ethnic cleansing and hate crimes across the world. Kosovo was created after a genocide of Albanian Muslims by Serbian nationalists," he tweeted earlier.

What areas Karnataka, Maharashtra are fighting over and how

What Supreme Court forbade in charity by religions