All social networking sites have adequate safeguards against unwanted elements

[dropcap]I[/dropcap]s social media a fresh wave of participatory journalism, with consumers too having a say in how they view news, or does it signal the nadir of a civilized debate? Judged by the views of the torchbearers of Indian opinion business, social media symbolizes the very bottom of expression of opinions. Those who were merely supposed to consume news and views as served, have all of a sudden started challenging the narrative. The changing landscape necessitates adaptability, which does not come easily for those in the business of media.

One of the first major instances of social media effect on India’s elite perhaps was when an ever-snobbish Shashi Tharoor tweeted about his travel in “cattle class” in response to journalist Kanchan Gupta’s question. Let us recapitulate the incident based on Gupta’s reflection.

“Let’s rewind to Monday, September 14 (2009). While scanning the Twitter-world from my TweetDeck I spotted our minister of state for external affairs exuberantly tweeting about his ‘fortnightly golgappas, chholebature at Bengali Sweet House’ and how he ‘was assailed by cameras.’”

Now that’s in keeping with party-dictated austerity in these hard times, I told myself, and dashed off a tweet addressed to him, which read, ‘@ShashiTharoor Tell us Minister, next time you travel to Kerala, will it be cattle class?’ I must admit that I was quite surprised to receive a tweet from him in reply: ‘@KanchanGupta Absolutely, in cattle class out of solidarity with all our holy cows!’ I imagined him having a hearty laugh while typing out the tweet; I had a good laugh, too. And then forgot all about it.”

It was an innocent exchange between two social media savvy persons. From Kanchan Gupta’s reminiscences, it seems even he felt Tharoor’s comment was meant as a “good laugh”. Even social media savvy Kanchan did not see the trap Tharoor fell in.

Shashi Tharoor was one of the earliest casualties of an inappropriate social media comment in India. Since then, many a fight has erupted on social media, seeped into mainstream media and then eventually become a major political issue. The videos of JNU student agitation is a case in point.

But more than the social media war between two completely polarized political groups in the country, what has emerged of late is a bitter claim of victimhood by a section of media persons. Sagarika Ghose,  ‘a trolled woman’,  had sent a strong like to the Women & Child Development Minister Maneka Gandhi’s effort to rein in ‘trolls’. Women savagely abused on social media can now seek help with the hashtag #IamTrolledHelp!

What is a troll by the way? Cyber bullies? Those who post messages against certain views, right? Was Kanchan a troll when he put that question to Tharoor? Or will the comments passed on when Smriti Irani was moved to the Textile Ministry qualify as abuse? The comments created a trend — even women made sexist comments — one BrownSahiba @Rajyasree  posted a blouse with Modi’s faces on the cloth and said, “This blouse has been made mandatory for all women to wear, by decree of our new textile minister Smriti Irani.”

This blouse has been made mandatory for all women to wear, by decree of our new textile minister Smriti Irani. pic.twitter.com/qffihnqj77

One Tehseen Poonawala twitted, “Wifeee sent me this. ‘ Modis txt to Irani – ‘ Sorry Honey no HRD feeling’ #JumboGovtDumboGovernance @mvadera.” Did Irani seek help from Maneka Gandhi? No, Sagarika did not consider these abuses as trolling of Smriti.

A troll initially referred to an online debater who would deliberately introduce a digression in the debate in an effort to derail the discussion. Such a person would insist that his or her tangential point be addressed first, ignoring the fact that other participants in the debate may not be interested in this subplot of the story.

Let’s say a group is discussing or debating human rights. A participant emerges on the scene and asks why animal rights were not being discussed in the same breath. The mover of the original proposition would point out that it would cause a digression while he was not averse to discussing animal rights separately. Then the troll would accuse him of being insensitive to animals and keep dragging him to animal rights as many times as others in the group switch back to human rights.

On Orkut, there used to be communities of trolls where members had a lot of ‘fun’ penetrating groups only to cause diversions in the forum’s discussions.

Actually, it is not a contest between our trolls and their trolls. Social media is full of sexist jokes, innuendos and remarks. It is largely women journalists or politicians who are at the receiving end. Curiously, not all the abusers are male. But it is easier to generalize blame males. To bring in misogyny helps taking refuge behind a veil and take a holier-than-thou position, but that perhaps is shifting the focus. Take the blouse tweet by ‘Brown Sahiba’ on Smriti Irani. Could it be categorized under misogyny?

Like it or not, in our daily life male chauvinism is rampant. An example is the interview of tennis star Sania Mirza by Rajdeep Sardesai. The anchor, known for his stout defence of the indefensible both inside and outside the studio, asked Sania when she would settle down. Clearly, the journalist feels that a woman settles down only when she brings up a baby and remains closeted in a family under a husband. There was an apology when Sania paid Rajdeep back promptly. But the fact remains that even the ardent champion of women rights against misogynists is married to the male chauvinist anchor Rajdeep Sardesai! Is an apology to Sania enough of an atonement?

Mainstream hasn’t been responsible either

Coming back to social media, this is nothing but a reflection of the mindset of the participants. The instrument, a free-for-all medium, cannot be controlled. When even a responsible print media, that too a leading national newspaper, could manage to print a story of an attempted coup, a report that senior officers of the Army, Navy and Air Force have called a figment of imagination, there may be several creative minds using the social media platform to abuse persons and truth at different times.

Such creative minds are playing havoc in social media. Regularly, the freedom in social media is misused. As Bollywood star Salman Khan said, freedom of expression means one should be responsible for what one says. Sadly, more often than not, there is a tendency to place photo-shopped pictures with misleading comments to spread false information. This is dangerous for national interest. Perhaps the politicians who care for the nation should decide on some exemplary punishments for those who spread such distorted messages on social media. It is not the medium but those who use it that are responsible for the distortion.

If one feels “trolled”, there are options of blocking the abusers. It does not need Maneka Gandhi’s help. The most popular social media tools in India are WhatsApp, Facebook and Twitter — arguably in this order. In case of WhatsApp, one can always keep the number within a closed group. On Facebook, one need not have unlimited friends and can restrict those who can place comments. On Twitter, blocking is a common enough practice. To sum up, one does not need outside assistance to stop social media ‘trolls’.

What Sanjay Gandhi’s widow has attempted to do is a quick fix solution which will endear her to a section of the social media users who in any case can reach her. In fact, millions of women who get harassed in their daily lives — forget those who get raped, battered and killed — cannot even reach social media, let alone complain. Ideally, the minister should think of this section of society, not those who will thank her for the “innovative” helpline. Instead of addressing the real needy, Gandhi has actually revealed her class bias and failed in her responsibility as the minister in charge of women and child welfare. 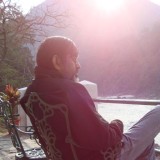