With scientific evidence finding no links between saturated fats and heart disease, dieticians and doctors were forced to revise their stance

Saturated fats have been the fall guys of the medical and health industry for the longest time. They have been connected with heart diseases despite not having any scientific basis. Their wrongly perceived connection with heart diseases has been dictating public policymaking and dietary guidelines for decades. This has often resulted in frenzied decisions taken in countries like Denmark, which introduced a saturated fat tax, only to retract it after staunch criticism.

When the United States had had a heart disease epidemic in the 20th century, medical researches found that saturated fats increased cholesterol. Saturated fats are commonly present in animal meat, dairy products (butter cheese ghee), coconut oil and eggs. As cholesterol was identified as the main cause behind the clogging of the arteries and subsequent heart attacks, they concluded that saturated fat must be the root cause behind heart disease (Weinberg). This was based on the findings then, based on rather preliminary research. Dietary warnings went out and a whole low fat craze started.

Fast forward decades later. The rate of heart diseases is still going up and obesity is a global epidemic. There was absolutely no human experimentation done to prove the diet-heart disease hypothesis (saturated fats are linked to heart disease) as it commonly came to be known.

It is important to understand cholesterol and its connection with heart diseases in order to critically analyse the role of saturated fats. Anyone who has gone for a lipid profile blood test must have gotten their LDL and HDL numbers. LDL and HDL are not cholesterol; they are lipoproteins; low and high density respectively. There is no “good and bad cholesterol”. Contrary to the popularity of the use of these terms, they are misnomers.

At first, total cholesterol was blamed for heart disease and later it was learnt that HDL actually helped reduce the risk of heart disease. So higher amounts of HDL was associated with lower risk in heart disease. Saturated fats were found to increase both LDL and HDL —a fact that was kept out of public domain discussions and policymaking.

The readers may be tempted to question if there is any scientific evidence to establish the fact that the consumption of saturated fats is not associated with heart disease. A meta-analysis conducted on 59,000 subjects who’s saturated fat intake was increased for a period of two years found no increased risk of heart disease (Hooper et al).

Another meta-analysis, which included 73 studies covering up to 3,39,000 human participants, found no link between saturated fats and increased risk of heart disease, stroke or type 2 diabetes (D’Souza et al).

Further, a meta-analysis, which reviewed 3,47,747 human participants who were followed for a period from 5-23 years, found no association between their consumption of saturated fats and heart disease (Siri-Tarino et al). So, despite this overwhelming scientific evidence, why do our policymakers, educators, dieticians and often doctors continue persisting with this myth of saturated fat and heart disease?

Low-fat diets have had adverse effects on human health for the longest time, and its time to challenge the established notions. Lowering carbohydrate, in contrast, was found to reduce the risk of heart disease. This article is not meant to deal with the root cause of heart disease. Hence, we will limit our discussion to saturated fats.

Does it mean saturated fats are healthy?

Saturated fats were not found to have any direct link with heart disease. However, that does not make them a health food. The food being consumed still must be evaluated for its entire nutrition profile and not just saturated fats. For example, whole fat milk has Vitamin A, which is directly absorbed by us as scientists have challenged since the turn of this decade the effectiveness of bioconversion of beta carotene (present in carrots, mangoes, pumpkin, etc) to Vitamin A in our body. So, when we are consuming whole fat milk, we are getting the benefits of macro and micronutrients essential for our health. That they contain saturated fats has no adverse effect on human health.

A study found that replacing saturated fats with unsaturated fatty acids lowered the risk of heart disease by 14%. So incorporating higher amounts of unsaturated fats such as olive oil, fatty fish rich in omega 3 and nuts are definitely beneficial for you.

To summarise, it would be wise not to reject any particular food based on its saturated fat profile and evaluate its overall nutrition profile as the concerns over saturated fats are unfound and do not have much scientific backing.

Most fats have both saturated and unsaturated fatty acids, which include the perceived healthy fats, too. Avocados, a leading source of “good fats”, still has 15%-20% saturated fats. Earlier, the classification of fats was into good fats and bad fats. However, now saturated fats cannot be termed as bad fats.

Unsaturated fats are still healthier for you when compared to saturated fats although the panic and scare over saturated fats are largely baseless. The only real harmful fats are trans fats, a byproduct of the hydrogenation process for refining edible oils. They have no health benefits and are directly linked with cancer and heart disease. Hence, as long as you are eating natural food — whether its plant or animal-based — you do not need to worry about the fat present in it. The greatest danger posed to our health is by processed and ultra-processed foods such as sugar, refined oils and refined carbs. 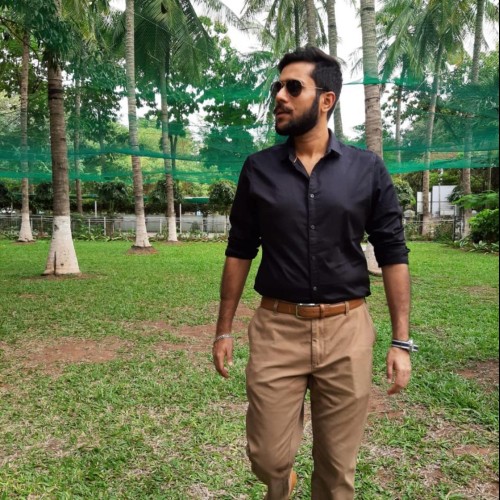 Prateek Dasguptahttps://www.sirfnews.com
Founder of Rebel Health and Fitness Solutions, combat sports enthusiast, history and culture nerd and lifelong seeker of knowledge
Previous articleRama Devi: Will ‘never forgive’ Azam Khan, even if he apologise
Next articleApache attack helicopters: IAF gets first batch of 4 from US

Monkeypox can spread through close skin-to-skin contact during sex, including kissing, touching, oral and penetrative sex with someone who has symptoms

It's a 'myth that autocracies like China and Russia can handle the rapidly changing world better', said President Joe Biden at the sidelines of the Quad summit

Days after the WHO published erroneous data of Covid in India, PM Modi reminded the agency it had one of the best health statistics management systems

Saying the WHO report did not stand any "logic or fact'', the chief of India's Covid Working Group, Dr NK Arora, called it 'worrisome' too

Frequent Covid-19 booster shots may affect the immune system and may not be feasible, say experts at the EU while a WHO panel has called it an unviable strategy