Police and leaders of Hindu and Muslim communities have called for calm after large crowds of Muslims gathered again and "serious disorder" broke out overnight in Leicester in a sequel to the continuous attacks by supporters of the Pakistan cricket team since their defeat in a cricket match in England.

The police arrested two Muslim men and searched a large number of people under Section 60 stop-and-search powers. Police arrested one of them on suspicion of conspiracy to commit violent disorder and the other on suspicion of possession of a bladed article. Both remained in police custody today.

Police deployment was heavy on the streets of Leicester since a Hindu protest march demanding action against the violence by Islamists who, in turn, disrupted the march by hurling glass bottles at the demonstrators. A mob of Muslims desecrated a saffron flag in front of the police.

The disorder was the latest in a series of disturbances in the east of the city that have taken place after a cricket match between India and Pakistan on 28 August.

Footage shared online showed hundreds of Muslims — distinguishable by either clothing or their slogans — filling the streets last evening and targeting houses identified as Hindu dwellings.

At 9 PM, Leicestershire police posted a video message on social media from Rob Nixon, the force’s temporary chief constable. He said there had been numerous reports of an outbreak of disorder in east Leicester and that officers were taking control of the situation.

Additional officers were on their way with dispersal powers authorised, he said, adding: "Please do not get involved. We are calling for calm."

A police update early today said large crowds had formed "after groups of young men began an unplanned protest". It said: "Several incidents of violence and damage have been reported to the police and are being investigated. We are aware of a video circulating showing a man pulling down a flag outside a religious building on Melton Road, Leicester. This appears to have taken place while police officers were dealing with public disorder in the area. The incident will be investigated."

Police said, "We are continuing to call for dialogue and calm with support from local community leaders. We will not tolerate violence or disorder in our city. A significant police operation will remain in the area in the coming days."

Earlier, the police had described the confrontation as: "Officers attempted to engage with the group and remain with them whilst additional officers were called in. They sought to keep actions lawful but, regrettably, the situation led to disorder." The police informed the press that a total of 27 people had been arrested since the dispute began in the city.

Twitter influencer Anshul Saxena says this is how the Muslims planned the attacks on Hindus: 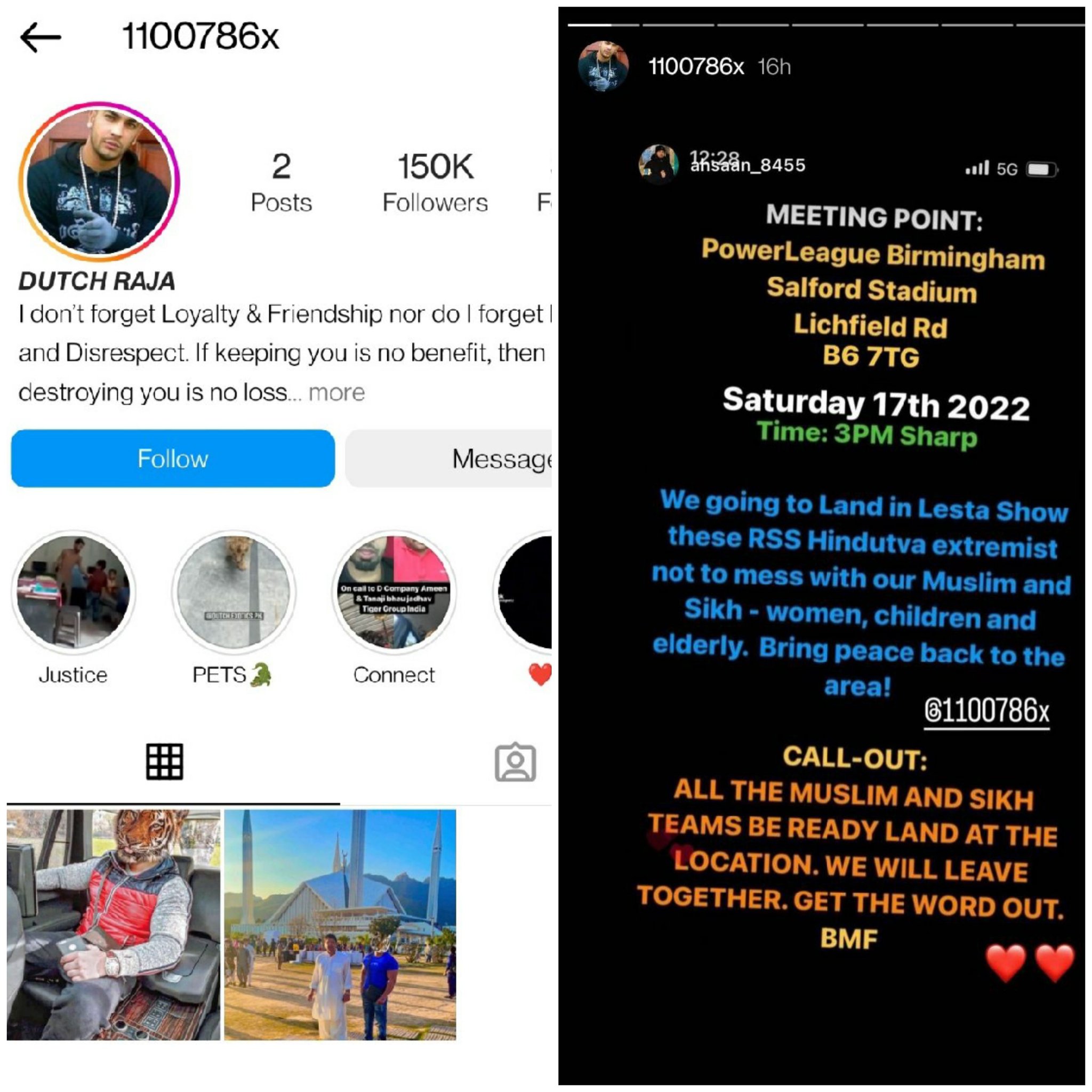 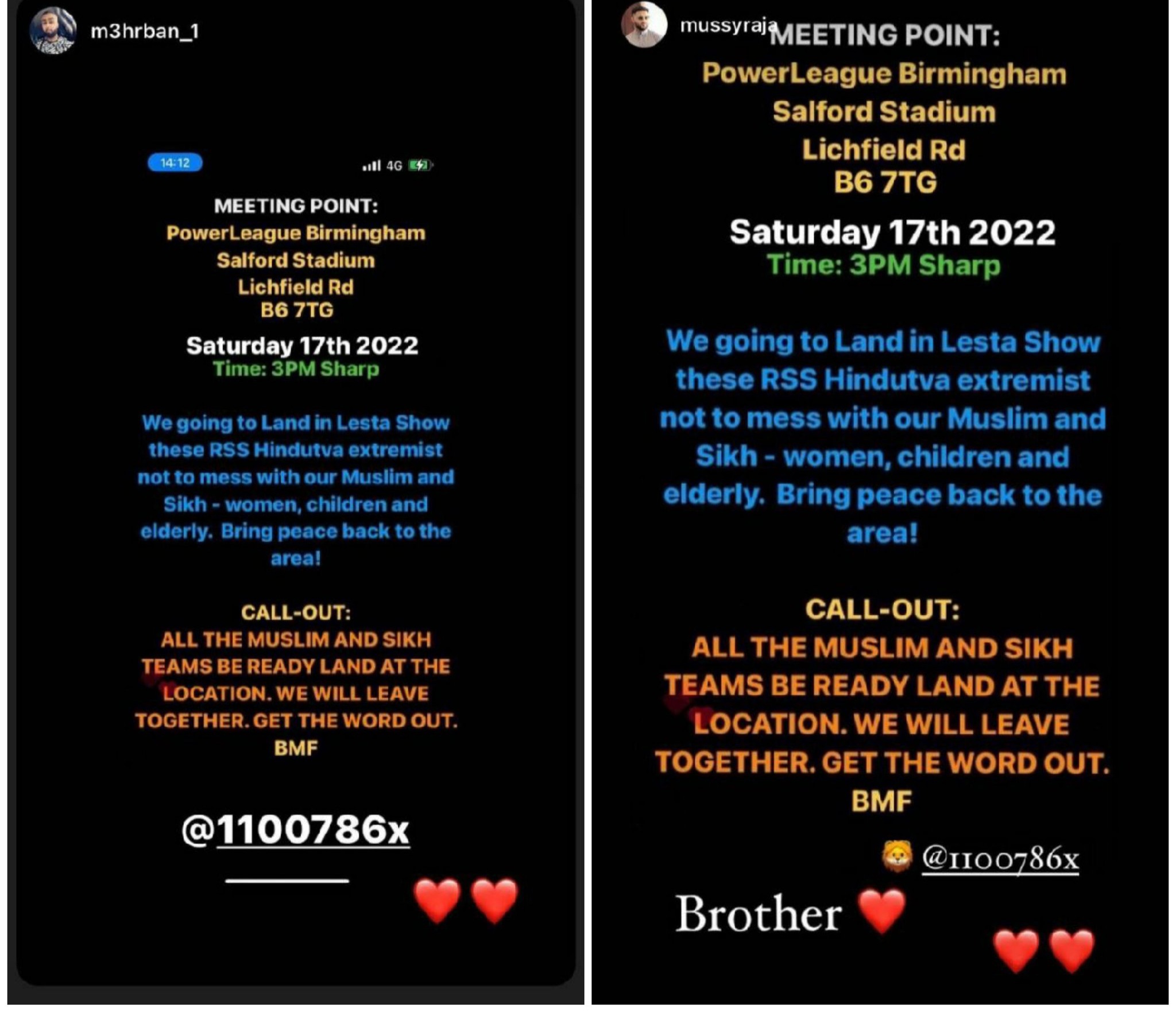 ‘Brahmins, leave the campus’ was scribbled on a wall of the SIS, JNU, while another graffiti read, ‘… we are coming for you’; teachers have been threatened too
Editorial

The message in the speech of Prime Minister Narendra Modi is implicit, calling for an explanation, lest the uninitiated recipients should miss it

What Musk said that irked Zelenskyy

Jack Ma, who fled China fearing for life, has taken this asylum

Why government had to reduce windfall tax