A law, medical decision or discussion on abortion, if not taken under the consideration of the personhood of the foetus and allied issues like its right to life, will end up justifying murder 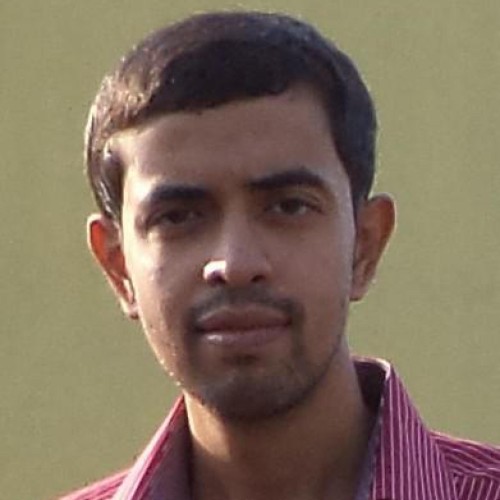 The Rajya Sabha on 16 March passed the bill that allows medical termination of pregnancy (MTP) or abortion of a foetus up to 24-weeks old “for special categories of women”, from the existing 20 weeks gestation period. Previously, “The Medical Termination of Pregnancy (Amendment) Bill 2020″ (MTP) had been passed by the Lok Sabha on 17 March 2020. The bill allows abortion on the advice of a doctor till 20 weeks of the foetus, and two doctors in the case of certain categories of women between the 20th and 24th week of pregnancy. In case of substantial foetal abnormalities, abortion can be carried out even after 24 weeks, but the opinion of the state-level medical board is essential. Though it does not define the special categories of women, it is supposed to be of help to victims of rape, incest, those with foetal abnormalities, and other vulnerable women.

Though Union Health Minister Harsh Vardhan stated in the Rajya Sabha that the MTP bill had been passed after extensive discussion with all the stakeholders, it appears to raise more questions than answers.

It is not the raising of the time period during which medical abortion can be carried out that is the problem per se. It is the likely reasoning that has guided such a decision, as well as the ethical fallout of the decision, which is problematic.

“The bill will protect the dignity and rights of women.”

How can the killing of a foetus be a matter of rights? It may be argued that some pregnant women, say one who is in danger of losing her life if pregnancy is carried forward, has an immediate necessity to abort the child to save herself and the child. A similar argument could be put forward with respect to a rape victim, who may want to abort due to the traumatic condition she is in and the fact that she may never be able to accept the child as hers. However, how can these situations which arise out of necessity be considered a ‘right’ of a woman to abort? Abortion can never be a ‘right’ in an ethical sense because, stated bluntly, it is nothing but murdering a foetus. Can murder ever be recognised as a ‘birthright’ of a person in any sane and civilised society? It can always be one of extreme necessity and never of right.

A more serious question, which nobody seems to be asking at the moment, is what about the right to life of the ‘child’ that is at the stage of a foetus?

Now, this question has no easy answers. In the West, this question has given to two extremely opposite positions. The pro-life camp bases its position on Christian theology and argues that a foetus has life from the moment of conception and hence its right to life is absolute and all abortions must be prohibited. The pro-choice camp bases its argument on the right of a woman to kill the foetus and they justify it by saying that the foetus does not have a life at all.

And there are of course a host of views that fall in between. But why is the language of the union health minister or even the opposition reflecting the views of the pro-choice position? Why cannot Indian establishment evolve an Indian approach to abortion based on Indian knowledge traditions and Indian civilisational ethos? It is not impossible, as this author has done such an attempt previously.

Have the lawmakers and the stakeholders they consulted including the medical professionals and the NGOs decided that the foetus has no right to life so that women unilaterally enjoy their right to kill? Can this be ethically justified?

More importantly, the current MTP bill, which intends to help parents with substantial foetal abnormalities, sends out a mixed message of ethics. On the one hand, female foeticide is prohibited and rightly so, because killing a foetus because of its gender is indeed ethically wrong. On the other, by allowing the foetuses with abnormalities to be culled through abortion, is not the government effectively saying that while it is not okay to kill the female foetus, it is okay to kill a foetus that is handicapped? Does it not provide a perverse kind of justification for getting rid of handicapped children as well? Where is the nationwide discussion on the ethical problems associated with medical termination due to foetal abnormalities? Or have the legislators unilaterally decided that there is no ethical issue involved in it?

And then there is the issue of the recognition of the need for abortion of unmarried mothers through the MTP bill and the government’s attempt to increase the age of marriage for the women on medical grounds. How can the government justify such ethically problematic positions? While they want to increase the age of marriage, they want to tackle the fallout of such a decision (the possibility of increased instances of pregnancy among unmarried women with legalised abortion). Why not instead facilitate marriage under parental consent for those above 16 years but below the legal age of marriage as is practised in many provinces of the United States as well as in many countries across the world? This would go a long way in preventing unmarried pregnancies.

This writer’s issue is not with making safe and legalised abortion available for those who truly need it, namely pregnant women whose life is in danger, or vulnerable victims of sexual violence. But, the issue at stake is one of the normalisation of abortion as a right and the ethical and philosophical basis of such decisions.

The current discourse seems to miss the fact that the foetus is not merely a mass of flesh, but is a future child. And if we take the Indian civilisational knowledge about the issue into account, the process of enlivening of the foetus by the jivatma begins at around 16 weeks, with the mind formed at around 20 weeks and the consciousness being fully developed in the seventh month.

From an Indic perspective, any abortion after 16 weeks involves killing the foetus that is alive — and more so after 20 weeks (or earlier if quickening occurs early), when its mind has been formed. Any decision about termination of pregnancy must take into account the right to life of the foetus as well.

Has there been any discussion taking the Indian perspective of foetal development and the foetal personhood into account? While providing access for safe abortion to those who truly need it, does not the government also have an ethical obligation to not normalise abortion as a matter of birthright and instead run an awareness campaign to educate people about the ethical difficulties associated with abortion so that if people had to make a choice, they would make a knowledgeable one?

Finally, any law, medical decision, or discussion on abortion, if not taken under the consideration of the personhood of the foetus and the allied issues like its right to life, will only end up justifying the murder of the innocent foetus in the name of providing dignity and rights to women.

Since the late 1990s, revisionist PN Oak's repeatedly rubbished conspiracy theory that the Taj Mahal was Tejo Mahalaya has been rearing its head time and again

In the reign of Mamata Banerjee's Trinamool Congress, assaulting Hindus perceived as BJP voters has been the norm in Bengal, which only intensified a year ago

While the US was appearing aloof from the affairs of Pakistan for the past few years, circumstances surrounding the ouster of Imran Khan indicated otherwise

With Suman Bery in Niti, the government has brought in a researcher with varied experience to head the national think tank that was led by Rajiv Kumar