The ghastly distortion of the symbol by the German dictator made use of the primary colours of Tantric occultism ― red, white and black ― rajas sattva and tamas 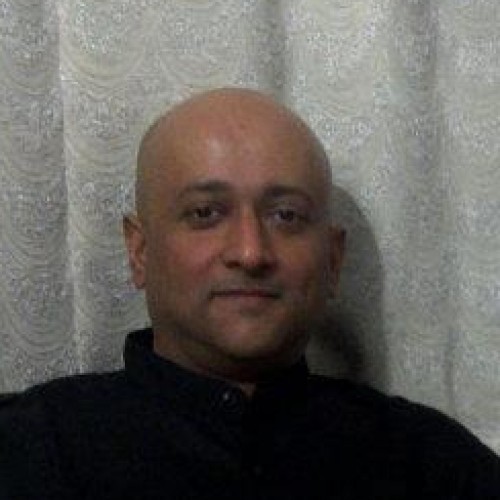 Rohit Aryahttp://aryayogi.wordpress.com/
Sri Guru is the founder of the Arya Yoga Sangha, lineage master in a kundalini path of yoga, a Shaiva, author of The Sacred India Tarot, The Money Tarot Book, The Sacred India Tarot Handbook, Vaastu: The Indian Art of Placement and former corporate trainer
3 July 2018

I do not want to comment directly on Reuters removing a photo of a swastika from a Hindu temple that was behind Nikki Haley because life is short and the prejudice of Western media against anything Hindu is infinite. But I will recount a similar episode from my life well over a decade back.

A well-meaning NRI friend brought two of her gora (White) friends who were originally from Switzerland but now living in the United States. In those days, I was the go-to guy for all things India and Hinduism whenever foreigners visited. And I was fool enough to share my knowledge too. Well, the male segment of this old couple kept jerking in the car as it went through Mumbai. I thought it was the usual culture shock. Indian poverty is evident and stark and for the sheltered, it is a harsh and terrible experience. But no that wasn’t it.

Two days later, the lady asks me to speak to her man. He was in shock and disgust over so many swastikas on temple walls and buildings. He had lived through WWII, though being in Switzerland there was no personal trauma, just the horror of having seen Nazism. So, like the fool I was, I set out to explain to the gora.

I spoke for 20 solid minutes, explaining the history and evolution of the symbol from the days of the Indus civilisation, the symbolism and spiritual significance of it, the many varieties and uses in puja (worship) and, above all, the fact that the swastika is not the Hakenkreuz of the Nazis, the crooked cross that Hitler used to conquer and then got devoured by.

The lady was one of the most highly educated humans I have ever met in life ― European scholarship in the days when it still meant something ― and she loved my exposition. The husband, a stupid ass, says, “A swastika is still a swastika.” Whereupon I lost my temper and said we have no intention of abandoning one of our most ancient symbols because an Austrian asshole used something that looked similar to bugger Europe.

What infuriated me was the expectation that because they thought it was something bad, the rest of the world had no option but to concur and cremate the symbol. Well, not going to happen! I was and remain a great admirer of Western civilisation and culture, but the average Westerner I can completely do without in my life.

Nowadays, I refuse to answer any question asked because I no longer concede integrity or honesty to the question. Above all, when it concerns caste. Their minds are already made up and all they seek is data to confirm their ignorant prejudice.

From an occult yogic perspective, the Hakenkreuz was a ghastly construct. It uses the primary colours of Tantric occultism ― red, white and black, which denote the rajas, sattva, tamas respectively. The clockwise swastika protects. It repels negative energies, which is why it is found outside the building. The anti-clockwise swastika is for spiritual purposes and in ancient murtis, it was sometimes depicted over the anahata chakra of liberated beings.

The Hakenkreuz takes the protective energy and perverts it into a tool of destruction. It is a sigil but a wicked one, a diabolical construct. Yogis all over India used to react with shock when they first saw the Nazi symbol; for they knew this would bring about a catastrophe. It unleashes demonic energy, which was why the Blitzkrieg was so successful at first. But then it begins to devour its user.

Germany was literally reduced to rubble. Not one house was left standing in the cities. It was the ruin of a scale and scope that only the Mongols had managed before. Hitler was under the avaesham of an asura: this was revealed by no less than Sri Aurobindo, and for that demonic Titan, the complete destruction of Europe was a very agreeable conclusion indeed.

But none of this has anything to do with the swastika. Not then. Not now. Su asti. “Good… it is ― well, good, auspicious, luck, success, prosperity.” It is a supreme symbol of auspiciousness and we cannot allow barbarians to degrade it.

Why Google Analytics is unacceptable to some EU member states

How Indian IT companies, shareholders must face fear of recession in US

Not only with the abrogation of Articles 370 and 35A but also by amendments in the domicile and employment laws, Kashmir is being taken over by Hindus, hence the targeted killings

KCR or K Chandrashekar Rao has Telangana to showcase while he does not cause aversion in the minds of the pan-India crowd, unlike Mamata Banerjee