Jagannatha is the Lord of the Kali Yuga, the form Lord Visnu takes to govern the last of the four yugas in popular conception. But there is a mystery associated with the true identity of Jagannath, which has intrigued scholars for a long time. Some have speculated that the temple was originally a Bauddha temple with a triple figure of Jagannatha, Balarama and Subadrha being representative of the triranta of Buddhism — Buddha, Dharma and Sangha. Additionally, in many Pali texts, Buddha is often referred to as Jagannatha and, given that influence of Asoka in the Kalinga region was historically important, it became easy for some to believe that it may have been a temple of Buddha at some ancient time. However, this argument is not entirely acceptable, given that the actual number of vigrahas inside the sanctum is not three, but four — Sudarshana being the fourth. Agni Purana, Padma Purana, Brahma Purana, Narada Purana and Skanda Purana as ‘Chaturddhamurti’.

A document on this controversy published by the Odisha government mentions the following.

The Dhauli region of Odisha was once a Buddhist centre particularly after the Kalinga War of Ashoka. It is therefore, likely that Buddhism might have exercised some influence over the cult of Jagannath. Possibly, there arose a conflict between the Buddhists and the Hindus in the 7th or 8th century as a result of which Indrabhuti, a Buddhist of Sambalpur region effected a compromise by using the epithet Jagannath as a synonym of Buddha in his work ‘Jnana Siddhi’. 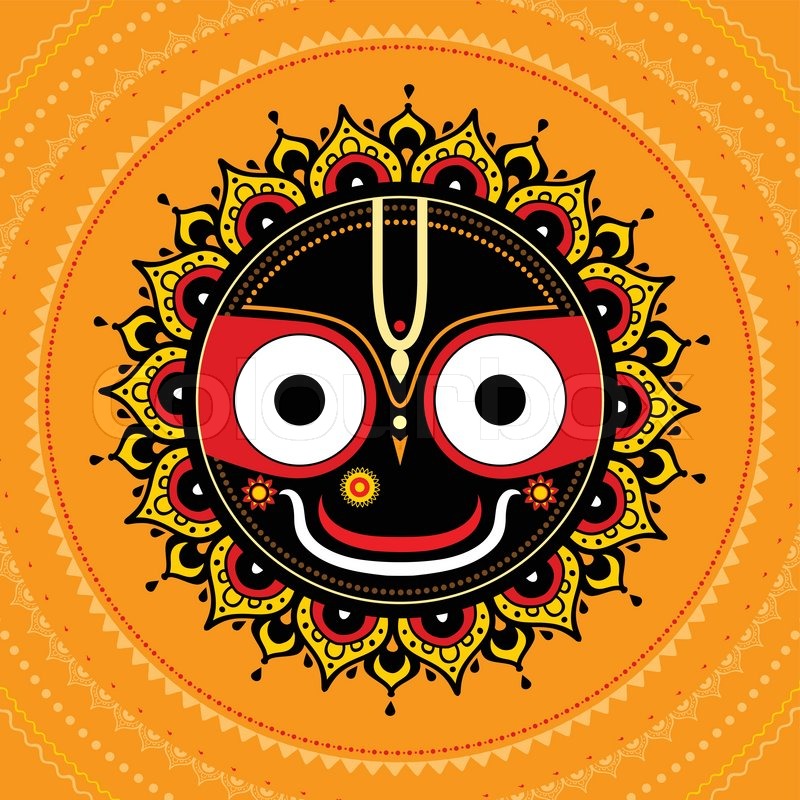 It is believed that inside the murti of devatas in Jagannatha temple, there resides a sacred object of great power and spiritual potency. Every 12 years when a new murti is consecrated this power is transferred from the older murti into the new one by a priest in a secret ritual performed behind closed doors. Some speculate that the object is a body part, a tooth, of the historical Sakyamuni. Others have a far-feteched belief —– that when Lord Krshna was leaving his body, a stone nearby got imprinted by his supernatural energy and this stone now resides inside the vigraha. Another speculation is that the vigrahas contain specially consecrated Shaligramas placed inside Tantric yantras of three Mahavidyas — Kali, Tara and Bhuvaneshwari.

“In Niladri Balabhadra is Ugratara, Subhadra is Bhuvaneswari, and Jagannatha is Dakshina Kalika.”

Other Tantric literature considers Jagannatha as Mahabhairava and Bimala Devi as the Mahabhairavi and the whole area of the temple as a chakra wherein one loses his/her caste when consuming the mahaprasada of Jagannatha. Perhaps this association between Shakta and Vaishnava ideas created a sort of merger of the two paths in eastern India, leading to some Tantric texts declaring unequivocally that Krshna and Kali are the same deity, appearing in two different perspectives!

The Lord is also at times considered Surya and mantras related to Surya are chanted while performing the ritual worship to the devata. In Jagannath Puri, we find a complete amalgamation of Vaishnava, Shakta, Saurya and Tantric paths. There is some medieval spiritual literature, which regards Him as Daru Brahma — of the Brahman manifesting as wood since the vigraha is wooden. Sometimes, Jagannatha is also referred to as Shunya Brahman — the void manifesting in a personal form.

Some have speculated that originally it was Narasimha temple, manifesting a Krodha Narasimha, because Narasimha mantras are traditionally used for certain crucial aspects of the puja like protecting the mahaprasada or during the navakalevara or ritual transference of prana from the older murtis to the new one.

Even though it is a predominantly Vaishnava pitha, its Tantric roots are not ignored — during the Sandhi Puja of Navaratra-s, an animal is sacrificed in front of Bimala Devi and the head and blood are offered to the Shakti of the Kshetra.

Of the various associations made with Jagannatha, the most prominent is his association with the term Sri Purushottama. The Gita mentions that, beyond both the kshara and akshara purusha stands the Purushottama, the Lord’s ultimate power manifesting both as the silent observer and the detached actor in the world of creation. It is impossible to know how one must worship the Purushottama perfectly, but an objective study of the rituals shows it is an eclectic mix from various paths and a beautiful manner of personalising the impersonal through strains of bhakti-based seva.