Football legend Johan Cruyff dies at 68 due to cancer

Netherlands and FC Barcelona football legend Johan Cruyff died in Barcelona on 24th March, at the age of 68. He had lung cancer, announced last October. Per World of Johan Cruyff website statement, he died peacefully, with his family present.

The Dutch maestro won three Ballon d’Ors in his nineteen-year career, in 1971, 1973, and 1974. Born in the Dutch capital Amsterdam, Cruyff began his career with Ajax AFC. He won three consecutive European titles, eight Eredivisie titles (“Dutch league”), five KNVB Cups (“Dutch Cup”), a UEFA Super Cup, and an Intercontinental Cup with the capital club. Later in his career, he signed for Feyenoord and won the Dutch league Dutch Cup with them as well. 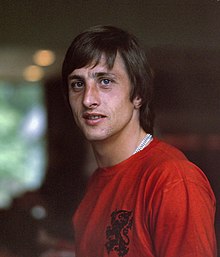 He joined the Catalans in 1973. In his first season at Barça, the Blaugrana won the league after fourteen years without. That season, Barcelona defeated Real Madrid 5–0 at Santiago Bernabéu Stadium. He managed Barcelona for eight years, from 1988 to 1996. When he signed for the managerial position, he said, “I know the club and I don’t want history to repeat itself[…] If we want things to change, we must change history.” In his managing career at Barcelona, he won four consecutive La Liga titles and the club won its very first European Cup in 1992 at the Wembly. Before the match, he told the team “”Go out and enjoy yourselves”((es)). He won a total of eleven trophies before he was sacked. Before he became the manager, the Catalonians had only ten Spanish titles but after 1990, they won thirteen trophies in 26 years.

He took the Dutch national team to the 1974 FIFA World Cup final, but lost 2–1 to West Germany. He completed 34 dribbles, the most by any player in the tournament. Cruyff won the FIFA World Cup Golden Ball in that World Cup. The tournament also saw his famous ‘Cruyff turn‘ for the first time in a match against Sweden. He also promoted the idea of ‘Total Football’, a style of playing the game.

He had a heart bypass surgery in 1991 and stopped smoking. He had been a heavy smoker. Last month, he said that he was he “2–0 up in the first half of a match” against lung cancer.

As a tribute, the Netherlands v France friendly football match on Friday was paused in the 14th minute, as his jersey featured the number 14. The French side won the match 3–2 with Antoine Griezmann scoring an early goal in the 6th minute.

One Love armbands in Fifa World Cup 2022: What the fuss

Why Germany not only lost to Japan but appeared lost too

How Fifa bent over backwards to appease Islamist Qatar