Genuflection of the type where a politician is depicted as a god would not be a serious issue if it were a mere eyesore, not affecting governance

The depiction of West Bengal Chief Minister Mamata Banerjee as Goddess Durga by three puja committees in the state is not the first instance when workers or supporters of a political party bent over backwards in a show of sycophancy to catch the attention of their master or mistress. Perhaps the late J Jayalalithaa and her hangers-on from the AIADMK were the most infamous of the lot in the not-so-distant past. They would grab national news headlines every now and then for the abject genuflection before the mortal demigoddess. But then, such craze visited Prime Minister Narendra Modi too and that is where one saw the difference. In 2015, Modi rebuked a worker in Gujarat for dedicating a temple to the prime minister. Last month, BJP workers in Pune were conscientious enough to tell a colleague of theirs his worship was misplaced. On both occasions, the sycophants desisted. Protest is what Jayalalithaa never did and obeisance to her is what Mamata Banerjee would rather enjoy than nip in the bud, more so as she is still fresh in her third term as the head political executive of West Bengal. To change the way society ranks individuals and discriminates, the message must come from the top. And it must be harped on. Not that the RSS or BJP is free of the malaise — even the communists of different shades aren’t — but cadre-based organisations will fare better in such mass conduct always. Ideology and choice are other factors. When these reign supreme, unthinkable in parties like the INC, SP, BSP etc, members of the party are less likely to equate a leader with God. They are less likely to be feudal.

Activists of a certain high rank in any group in India are all too familiar with the scene of workers, including senior citizens, falling at their feet. For those brought up with modern values, it can be both awkward and embarrassing. The norm can also be humiliating when the lower-rung are expected to fetch tea or open the door of a car of someone higher up in an organisation, especially if it is not kosher in the society that the junior fellow comes from. The scenario is nothing but a remnant of centuries of Indian life under monarchs followed by feudal chieftains. In Asia, it has been observed, old habits die hard. The colonial legacy is not an excuse, as the former imperial masters are now ashamed of their deeds post-Industrial Revolution. Commentators in Europe wonder why their former colonies cannot clean the dust, smoke and grime the foreigners had left behind while departing from Asia.

It would not have been a serious issue if betraying a feudal mindset was a mere eyesore. It is because the tawdry behaviour pervades societal norms and affects politics and governance. The leader becomes too tall to be concerned by what a ‘puny’ worker makes of him or her and then presumes all citizens over which the rule extends are equally worthy of neglect. That has indeed been noticed in the regimes of dynasts. In business, companies where bowing is a part of routine culture take bad decisions and eventually collapse. Thankfully, despite living the vestiges of a rotten past, panegyrics still evoke a sense of revulsion in many Indians. This breed must grow. Most businessmen are not elected; the anachronistic work culture that manifests on their watch is at best the shareholders’ concern. But the citizens’ collective must revolt against this blot on democracy. 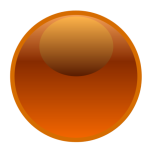 To serve the nation better through journalism, Sirf News needs to increase the volume of news and views, for which we must recruit many journalists, pay news agencies and make a dedicated server host this website — to mention the most visible costs. Please contribute to preserve and promote our civilisation by donating generously:

Jaishankar disagrees with CDS over ‘clash of civilisations’

Singh no more Punjab king: How it happened

We use cookies on our website to give you the most relevant experience by remembering your preferences and repeat visits. By clicking “Accept All”, you consent to the use of ALL the cookies. However, you may visit "Cookie Settings" to provide a controlled consent.
Cookie SettingsAccept All
Manage consent