Sirf News needs to recruit journalists in large numbers to increase the volume of news stories. Please help us pay them by donating. Click on the button below to contribute.

Chinese furniture maker Hong Jinshi first created a couple of pint-sized statues of former US President Donald Trump meditating in a Buddhist pose as a fun project for himself last year.

Six months on, Hong’s amusing hobby has turned into a small side-hustle, with a workshop in the town of Dehua in Fujian province on track to produce an inaugural batch of 250 statues of Trump dressed in Buddhist robes with his legs crossed. 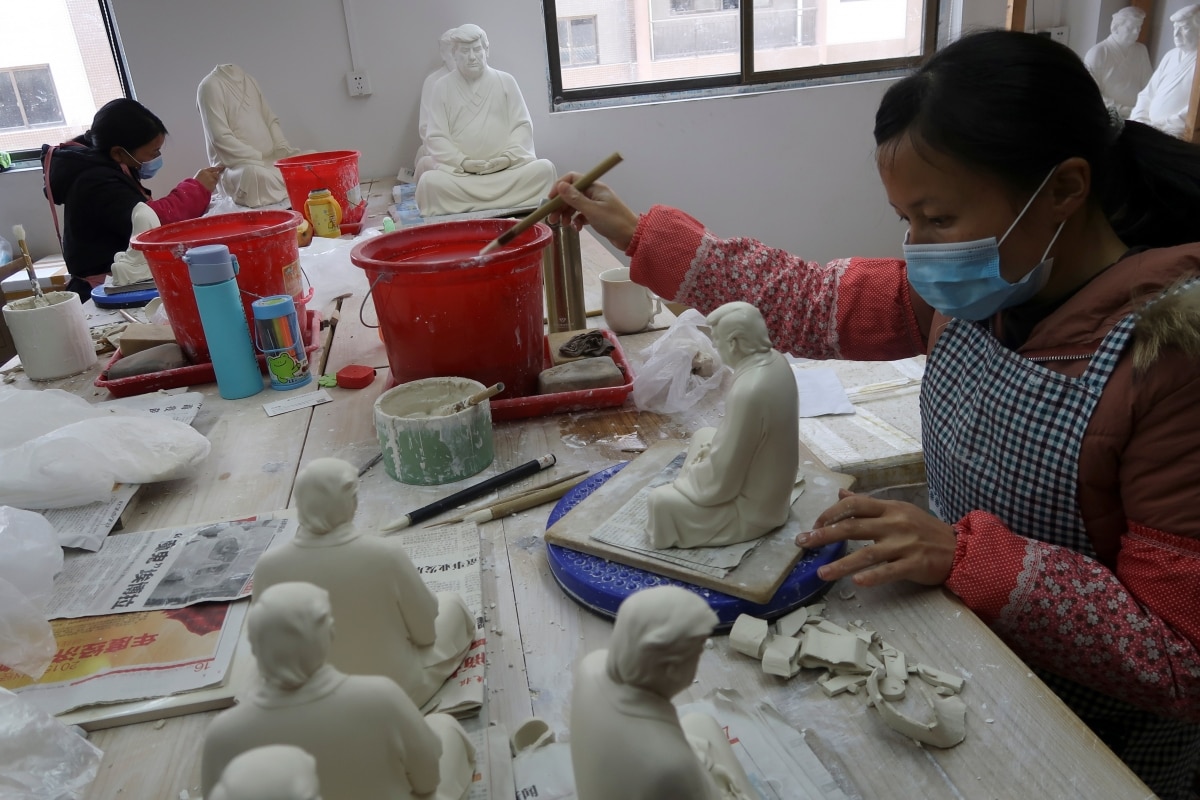 Hong has received orders from China and abroad for 200 of the statues.

Hong was inspired by the potential contrast provided by the two extremisms of Buddhism and a former leader known for his sharp outbursts.

“Our tradition is that a person who is so old and successful … should start to enjoy his old age and be more relaxed, but he was still tormented and fretting over various desires and uncertainties,” Hong said.

Sales would be higher, Hong said, if not for the scores of “fake, copycat and lower quality” imitations that have popped up on popular Chinese online marketplace Taobao at lower prices.

Hong has no idea if Donald Trump has seen the statues, but said he was prepared to offer one to the former leader to help him “to cheer up a bit.”

Hong said the project has brought him a lot of happiness, and recommended Trump attempt a similar search for fulfilment.

“Meditation is a look within, where you let go, and stop fighting for fame and fortune,” Hong said. “In Trump’s current state, to be honest, he is really well-suited to do some meditation in this way.”

Sirf News is now Koo-ing. Click on the button below to join our handle (@sirf_news) and stay updated with our posts on the platform that won the Atmanirbhar App Innovation Challenge, 2020

Sirf News is now on Telegram as well. Click on the button below to join our channel (@sirfnewsdotcom) and stay updated with our unique approach to news

Child Custody Custom Of Dawoodi Bohra Muslims Must Be Struck Down

Delhi Clashes With Union Of India Out Of Ignorance

Biden: China will not surpass US as global leader on my watch

China challenge to be met by better technology from US

India to have own mobile app store: RS Prasad

Biden may get tougher on China as Democrats, Republicans concur in policy