While the BJP has made deep inroads in a violent West Bengal, it has lost workers across districts in clashes with workers of the ruling TMC

Bharatiya Janata Party (BJP) national executive president JP Nadda led party colleagues in West Bengal today to offer pinda to 80 party workers who have been killed in political violence in the state. Kailash Vijayvargiya, the national general secretary of BJP who is in charge of West Bengal, and state party president Dilip Ghosh were present on the occasion at the ceremony on a Hooghly bank, the Burrabazar Ganga Ghat, in Kolkata.

Tarpaña — along with pinda dāna — is a Hindu ritual performed normally for departed ancestors, where morsels of food and water are offered to the dead for the peace of their souls. While the ritual is performed during pitripaksha, the fortnight for ancestors, there is a rush for it every Mahalaya, the last day of the paksha, which was observed by Hindus across the world today (28 September).

The image on the top (left) shows Nadda, Vijayvargiya and Ghosh offer pinda to the souls of their dead colleagues while the other one shows the leaders offering tarpaña at the Ganga Ghat.

A BJP leader said that with this ceremony, the party is highlighting the issue of large-scale political violence in the state. In the last few years, while the BJP has made deep inroads in the state, it has lost workers across districts in clashes with workers of the ruling Trinamool Congress (TMC). The rate of lethal violence peaks during all election seasons. So much so that opponents are not allowed even to file nominations for the polls, which had happened during the panchayat election in West Bengal, alarming the Calcutta High Court. The state was the most violent of all during the multiple-phase Lok Sabha election.

Besides, the BJP lost several tribal and Dalit workers and supporters in incidents of violence across the districts of West Bengal. 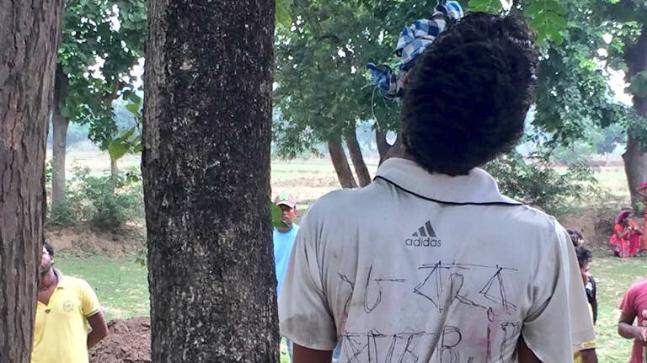 The TMC, led by Chief Minister Mamata Banerjee, denies the charge of killing its rivals. Along the lines of this denial, Banerjee had boycotted the swearing-in ceremony of Prime Minister Narendra Modi and his colleagues because BJP’s martyrs were scheduled to be honoured on the occasion, with invitations sent to the families of those victims.

The BJP won 18 of the 42 Lok Sabha seats in the state, which is just four seats less than the TMC’s tally. Now, the party’s next mission is to gain power by registering a resounding victory in the West Bengal Assembly elections slated normally for 2021.

As for the voting percentage in Lok Sabha elections, TMC got 43.28% votes and the BJP got 40.25%. The TMC had won 34 seats in the 2014 Lok Sabha election while the BJP could manage only two seats five years ago.

Raj Thackeray, while launching a new flag of MNS with Shivaji's royal seal embossed in it, had reconnected to its former ideology
Read more
India

Soros Loves To Play Messiah To The Miserable

The opportunity to throw breadcrumbs massages the ego of NGOs supremacists run; the megalomaniac Soros is a personification of that ego
Read more

Ever since CAA came in December 2019, it was becoming difficult for us to participate in our community events, one of the Muslim leaders said
Read more
India

After former BJP president Amit Shah requested PM Narendra Modi to hand over the party's charge to JP Nadda, both made it clear to other leaders the new chief was their choice
Read more
India

The setbacks BJP suffered in state elections is partly attributed to the absence of a full-time organisational head; Nadda will fill the void
Read more
Crime

Between 13 and 15 December 2019, goons damaged properties and blocked services of the Indian Railways in West Bengal in the name of protests
Read more

‘Ganguly welcome if he joins BJP; never discussed him’