1% of adult Indians will be millionaires by 2030

China is expected to have around 50 million millionaires by 2030 and there could be more than six million adult Indians who would be millionaires too, the report of a survey commissioned by HSBC shows. Singapore will overtake Australia to have Asia’s highest share of millionaires in the adult population by 2030, according to the report by HSBC Holdings Plc.

The financial hub is expected to top the list in Asia-Pacific followed by Australia, Hong Kong and Taiwan, the bank wrote in a report Tuesday. The proportion of millionaires in those four countries is also expected to come in higher than the US by the end of the decade, the report said.

Australia ranked highest in the region in 2021, while Singapore was second, according to HSBC, which did not say how the US compared for that year. 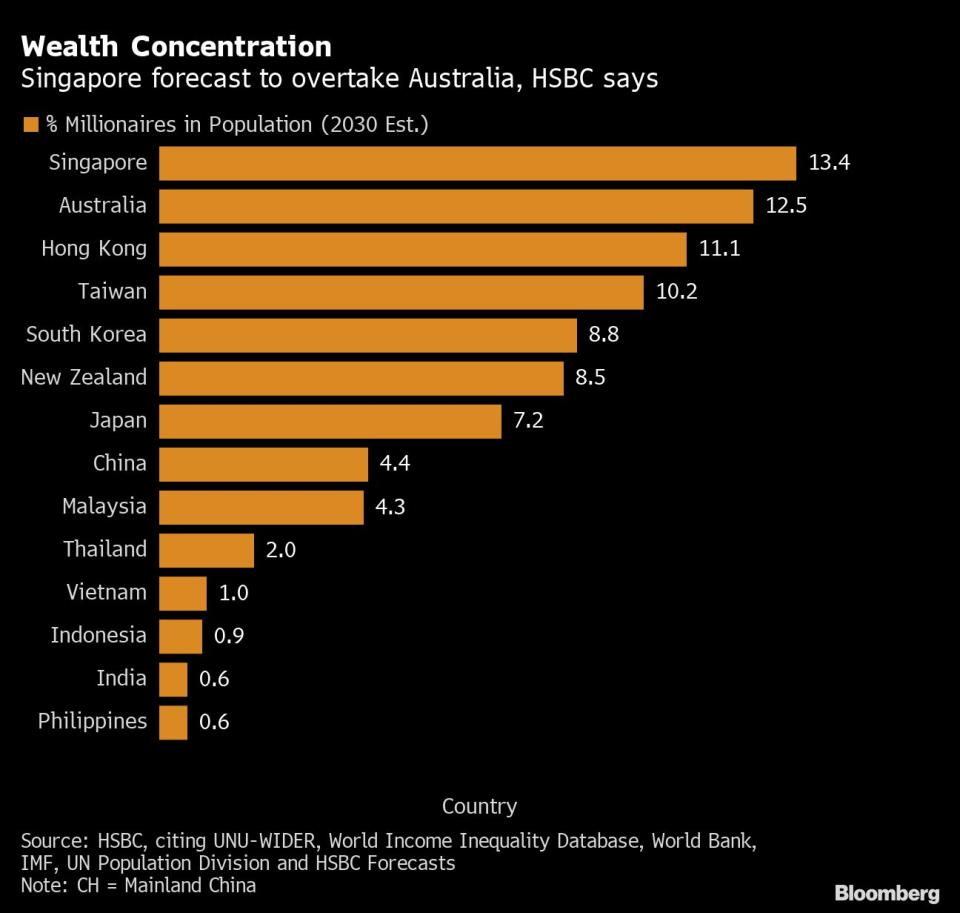 Asia’s financial wealth has exceeded that of the US since the aftermath of the Global Financial Crisis, HSBC said, and the region also includes some of the world’s fastest-growing economies. Adults among the Vietnamese, Filipinos and Indians are likely to see the number of adults holding a wealth of at least $ 250,000 more than double by 2030, according to the report. Still, the region is home to many millions of impoverished people as well.

The household wealth projections in the report used estimates and projections of the adult population, per capita mean wealth, and nominal per capita gross domestic product, HSBC said.

In absolute terms, China excluding its islands is expected to have around 50 million millionaires by 2030 and India could house more than six million, HSBC said. That works out to about 4% of the adult population in China excluding Hong Kong, and less than 1% of adults in India, according to the report.

“An account of Asia’s growing wealth also shines a light on the societal resources that are ultimately available to lift millions more out of poverty," Frederic Neumann, chief Asia economist and co-head of global research Asia for HSBC, wrote in the report. “After all, the region is hardly short of capital, even if this is unevenly distributed, both between and within economies."

Bloomberghttps://www.sirfnews.com/
Donate for unique journalism
Click/tap to know why you should donate to Sirf News

Why manufacturing contracted in second quarter